The Game of Business 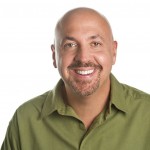 Doug Motel is an author and a popular international speaker on internet marketing. He is Founder and Chief Visionary Officer of Site Optimized which provides cutting-edge marketing strategies to help companies widen their reach via social media and search engine optimization.

Doug has helped large corporations such as ABC Television, Comedy Central, Playboy Enterprises, and small businesses alike profit from the web for more than 14 years. His clients have appeared on CNN, Oprah, The View, and in The Wall Street Journal, to name just a few media placements. He is generous with his insider information and entertaining in his delivery, and leaves audiences energized, informed, and inspired to take action.

For information on coaching with Doug:
Coaching

Need a speaker for your upcoming event:
Book Doug